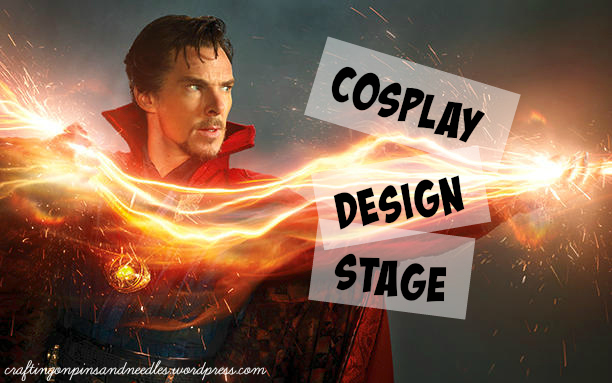 I’ll be the first to admit, I’m not a huge comics buff, I’m not one of those people who have been reading them for years and want to tell you all about how I know more about them than you and so on and so forth. But what I am is someone who, in the last two weeks, has read literally dozens of Doctor Strange comics (because I can read them on my phone while I’m standing in line or waiting on class to start). I’ve even read more about the Doc than I have about Kate Bishop, which feels like such a betrayal, but he’s so great!

I’m not going for a ‘gender swap’ or ‘rule of 63’ to be precise, but I’m also certainly not going to just crossdress as an old guy. I mean, I have boobs, and I’m not hiding them, and I’ll probably have a long wig just because I like that kinda thing, but I’m not gonna go all out feminine. Its just going to be something that I like that fits Doc Strange.

I also want to base it (or at least, the cloak) around the more recent Doctor Strange design (circa Doctor Strange 2015 which is a great run), because its much more toned down than the traditional Strange and because it lacks his super stupid collar (which I have neither the patience to make nor the desire to wear).

Kialnax’s Costume Breakdown: This provides a great break down of the costume from the movie, including up close photos.